The organisers of the Village fete and Flower & Dog Show invite you to a Wine & Cheese Party in the Village Hall on Saturday 22nd February at 6pm.The Party is to celebrate last year’s successful event and to start talking about this year’s event which will be held on Saturday 12th September.To help with catering you are asked to RSVP by 15th February.

Etchingham Parish Council is looking for a Caretaker/handyperson to look after our two playgrounds. This is a paid position of one to two hours per week throughout the year and can begin as soon as the right person is available.

Grass cutting, tree and hedge maintenance are not included under this job description but the caretaker/handyperson will be expected to keep both The VIPER play area and Queen’s Garden clean and tidy, emptying the bins in VIPER (the bins in Queen’s Garden are cleared by Rother District Council) all necessary supplies and equipment will be provided. In addition, to undertake a fortnightly documented inspection of the playground equipment and complete minor repairs as necessary – full training will be given for this aspect of the job if required – any major repairs would be done by specialist companies.
As an employee of Etchingham Parish Council the caretaker/handyperson will be covered by the EPC Public Liability Insurance.
To express an interest or for further details please contact:
Paulette Barton on 01580 819048 (answerphone left on 24/7) : drop a note into the grey post box to the right of the main doors into the school/community halls or email on: clerk@etchinghamparishcouncil.org.uk
by Friday 31st January.

A Flood Alert has been issued by the Environment Agency.

Flood Alert in force: River Rother and its tributaries from Turks Bridge to the Royal Military Canal.

Flooding is possible for: River Rother and its tributaries from Turks Bridge to the Royal Military Canal, including Crowhurst Bridge, Etchingham, Robertsbridge, Salehurst and Bodiam.

This is a pre-emptive alert based on forecast rain overnight from 09:00pm. River levels are forecast to rise overnight. We believe there is a possibility of flooding for low lying land and roads close to the river, particularly in the Crowhurst Bridge area and around Shrub Lane and roads along the River Rother, particularly around Robertsbridge. We are closely monitoring the situation. Our incident response staff are checking our defences and structures. Please avoid using low lying footpaths near local watercourses and plan driving routes to avoid low lying roads near rivers, which may be flooded. This message will be updated tomorrow morning (17/01/2020), or as the situation changes.

The recent Flood Alert has now been lifted by the Environment Agency, there is no longer any risk of flooding.

A Flood Alert has been issued by the Environment Agency.

Flood Alert in force: River Rother and its tributaries from Turks Bridge to the Royal Military Canal.

Flooding is possible for: River Rother and its tributaries from Turks Bridge to the Royal Military Canal, including Crowhurst Bridge, Etchingham, Robertsbridge, Salehurst and Bodiam.

River levels have risen as a result of persistent heavy rainfall overnight and are forecast to rise further based on forecast heavy rain later on Tuesday 14 January. This rain will continue overnight until daytime on Wednesday 15 January.  Consequently, flooding of low lying roads and farmland is possible 6pm this evening 14 January, particularly in the Crowhurst Bridge area, around Shrub Lane and Etchingham.

Levels are likely to remain high throughout Wednesday 15 January. We are closely monitoring the situation.  Our incident response staff are checking our defences and structures.  Please avoid using low lying footpaths near local watercourses.  This message will be updated  this evening by 9pm, or as the situation changes.

To check the latest information for your area
* Visit the GOV.UK website to see the current flood warnings, view river and sea levels or check the 5-day flood risk forecast: https://flood-warning-information.service.gov.uk/target-area/064WAF351

We are pleased to be able to inform you that the Vehicle Activated Sign (VAS) at Parsonage Croft that has not worked for several months has now been replaced by ESCC and is now working. 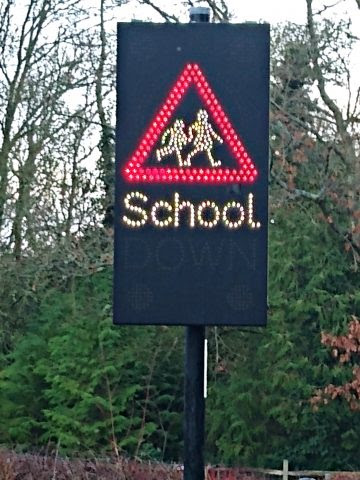 The new sign was put in place on New Year’s Eve, but because the new sign is powered by mains electricity, the old one had a solar panel, a new supply had to be connected, that work was completed yesterday and the sign is now fully functioning.

At school drop off and pick up times the sign is not activated by passing vehicles but instead display an illuminated school symbol.

The rest of the time vehicles passing too fast will activate the 30mph symbol and SLOW DOWN. 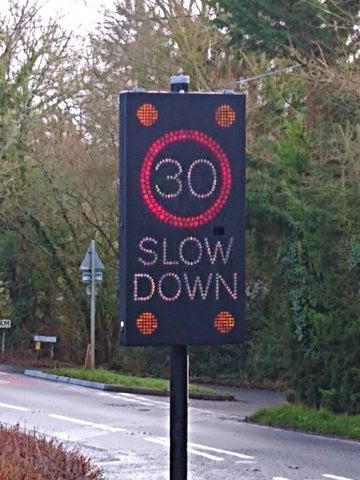 The Parish Council has received a number of enquiries in recent weeks asking when the VAS sign located at Parsonage Croft would be repaired or replaced.  The sign stopped working several months ago and was removed for repair or replacement a few weeks ago.

A new sign was installed on December 31st but is not yet reacting to passing vehicles, so it has probably not yet been connected to the power supply, hopefully that work will be carried out soon.

Highways have deferred these works due to start in the New Year.
Previously advised maintenance work on parts of the A21 Medway Viaduct and to the Manor Farm subway, also on the A21 has been deferred, we have not been given a new date yet. 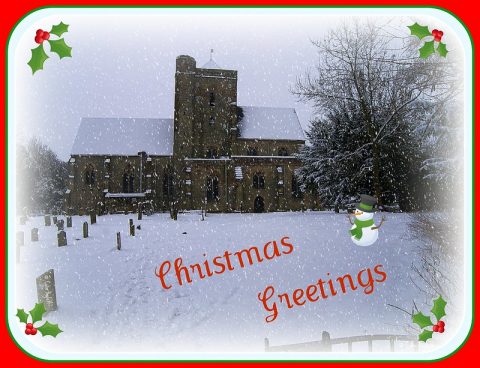 The warning is still active and there is still a risk of flooding to low lying properties.

Find out more or adjust your settings.