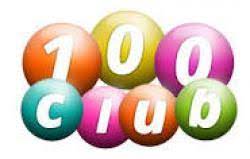 Supporting the upkeep of the village halls.

Each month the Draw takes place for the ETSR 100 Club. Participants have the chance to win one cash prize of £75, £40 or £20. This fun Draw is one of the vital fund raising initiatives which are essential to maintaining and managing the Village Halls.
Everyone who signs up for the Draw, up to a maximum of 100 players, contributes £5 per month, usually through a bank standing order. After payment of the prizes, all money raised is used directly to support the halls.
All in all this is a fun way to keep the halls operating successfully. We would love to welcome additional players. If you would like to join the Draw, please contact paulstott@live.co.uk or Nicky Menzies nicky@homebirth.net
Details of all monthly winners are published in the Village E-Bulletin and in the Parish Magazine and will be added to this page each month.
Good luck to all our players and many thanks for your support.
For other ways to help raise funds for ETSR – CLICK HERE
Monthly winners 2022;
March – – Gill Jackson ~ Felicia Chavasse ~ Nicky Menzies
February – – Chris Stott ~ Chris Durman ~ Andrew Morton
January – –   Sue Mumford ~ Ann Smith ~ Naomi Mansfield
Monthly winners 2021;