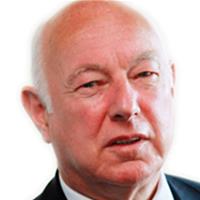 John and his wife Mary have lived in the barn they converted at Etchingham since 1994. John  has represented Etchingham on Rother District Council since May 2019. At Rother he serves on the Overview and Scrutiny Committee and the Audit and Best Value Committee and is the Conservative substitute for the Planning Committee, currently filling a vacancy. John is also  Rother District Council’s representative on the Health and Well Being Board (speaking rights, but no vote).

He joined the Parish Council in 2015 and was elected as its Chairman. He has been a trustee of the Etchingham Trust, responsible for the building and running of the village halls since 2005 and its chairman since 2010. His working life was devoted first to teaching history at Cambridge and then Government at the LSE, but with encouragement from the latter he took an active part in public service on Greenwich Borough Council, Kent County Council, the SE Thames Regional Health Authority and the National Council for Vocational Qualifications. From 2001 to 2010 he chaired Primary Care Trusts in East Sussex, and he also chaired the Fire Authority 2017-19. John and Mary have three children and nine grandchildren.